Working directly with the State of Kentucky, which legalized the commercial growing of industrial hemp, Harpers Gold is compliant with all existing laws in relation to hemp extracts and byproducts.
Section 7606 of the federal law states that regardless of any other federal law (including the Controlled Substances Act), if the growing and cultivation of industrial hemp is allowed under the state laws and overseen by the State Department of Agriculture, then the product can be manufactured and sold as part of the state’s approved hemp pilot program.

Despite hemp’s long history of cultivation and use in the United States, growing the crop for commercial purposes has been federally prohibited for almost 50 years. With the passing of the 2014 Farm Bill, however, hemp is once again being legally planted on American soil.
Section 7606 of the 2014 Farm Bill is the key to understanding the legality of the matter. This section defined hemp as being distinct from marijuana. It also authorized state universities and agricultural departments to begin cultivating and studying the product. When hemp is processed in this manner, it becomes a legal good that can benefit the wellness of many citizens.
The 2014 Farm Bill allows companies like Harpers Gold to beat outdated myths about hemp. While these changes won’t happen overnight, every Ananda Hemp customer is doing their part to take a stand. 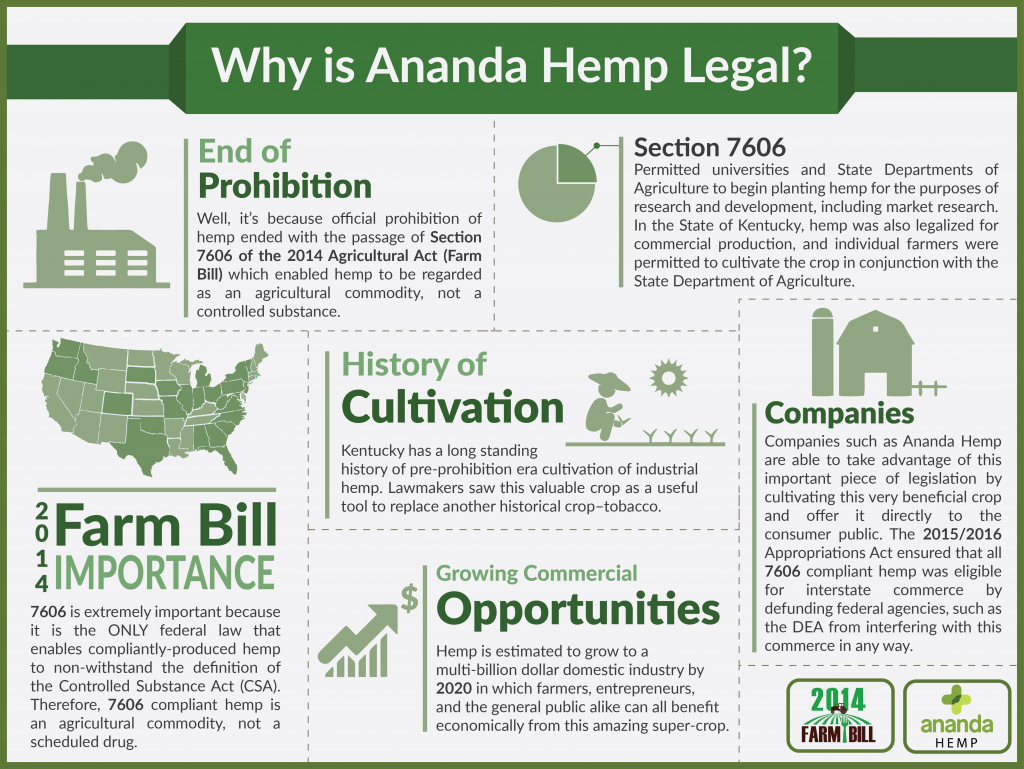