The Endocannabinoid System (ECS)
– Present in all humans
– Present in all vertebrates and many invertebrates
– Receptors exist throughout the body (brain, digestive system, lymphatic system)
– Responsible for homeostasis; regulation of breath, inflammation, immune response, mood, pain, GI motility, neuroprotection, hormonal balance, – sleep/wake cycle, blood pressure, tumor surveillance, and reproduction
– Taught in only 13% of medical, nursing and pharmacy programs
– Can be activated by going for a run, i.e. “runner’s high”
– May be activated during osteopathic manipulation and acupuncture
– Consists of CB1 & CB2 receptors. 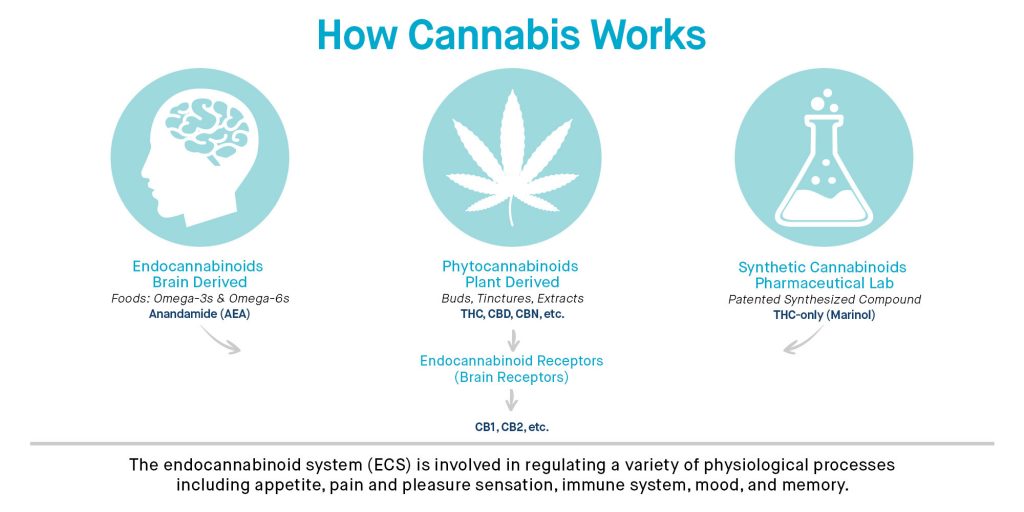 The other cannabinoid compounds in Harpers Gold are valuable on their own, but they also help to realize CBD’s anti-inflammatory, neuroprotective and mood elevating potential by working synergistically, a phenomenon that scientific experts call the “entourage effect.”

Unlike THC, CBD and other cannabinoids are not psychoactive. Early studies show that even at extremely high doses, CBD remained psycho-tropically inactive. The immunomodulation of cannabinoids has been investigated in human studies to evaluate safety in immunocompromised patients. Evidence supports safety, though there is evidence that CB1 agonists, such as THC, may be maladaptive in liver fibrosis.

Harpers Gold products contain less than .3% THC. There are no published reports of CBD induced serotonin syndrome, but patients on SSRIs should be cautioned. In vitro and animal studies on CBD and CBN were not associated with negative outcomes.